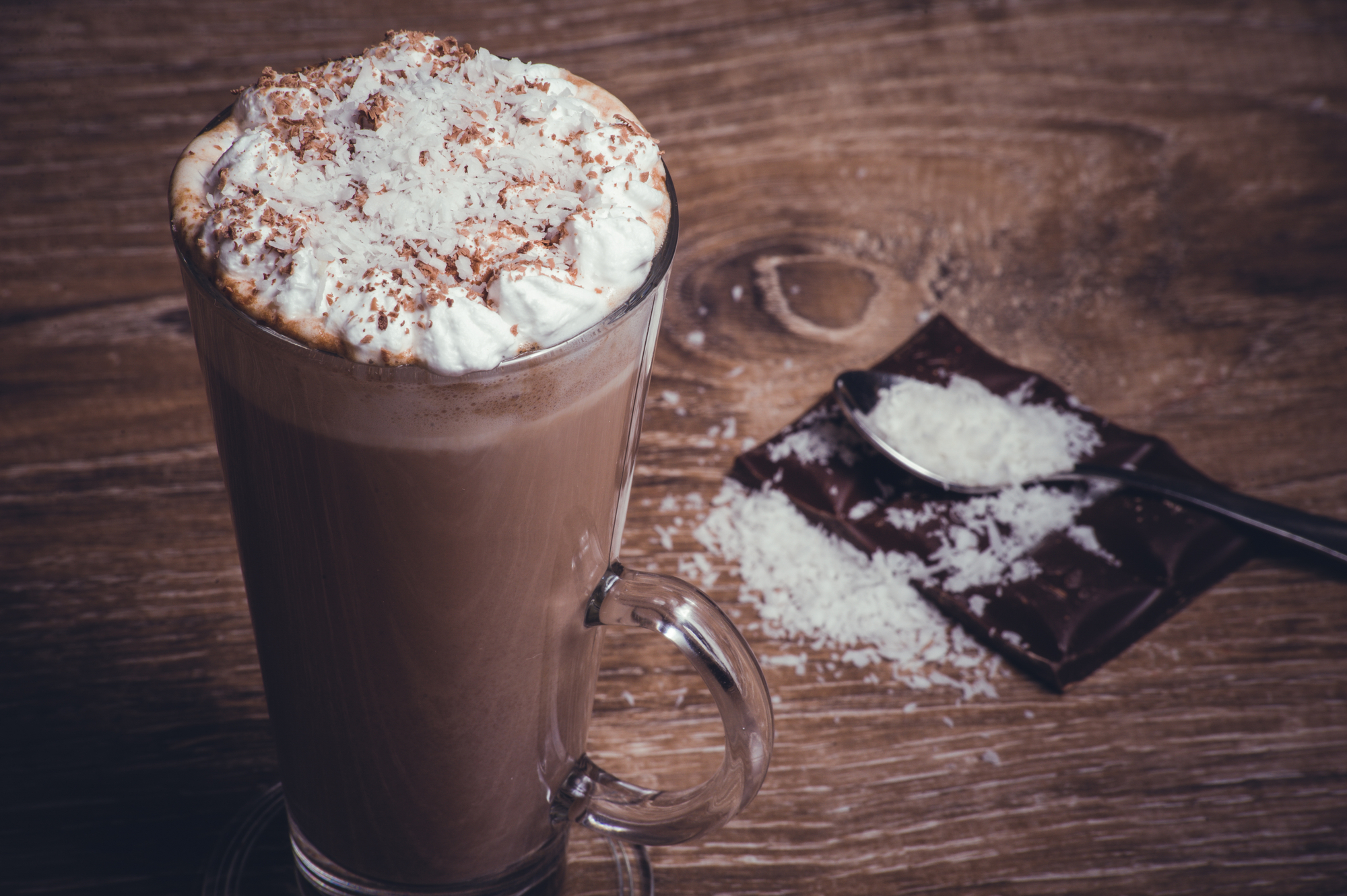 In 1954, Serendipity general store and restaurant opened in New York City. Shortly thereafter, they introduced a dessert/beverage called frozen hot chocolate. It became legendary. Without social media or internet or the like, Serendipity’s frozen hot chocolate was famous from coast to coast. Celebrities raved about it, it was featured in Hollywood films, and the recipe stays a closely guarded secret to this day. The restaurant allegedly trademarked the name “frozen hot chocolate”, but that must have backfired, and it became Frrrozen Hot Chocolate.

It’s sort of like a chocolate smoothie – with the flavor of hot chocolate. What a great way to observe Christmas in July!

Try this easier version that I made up myself – blend up all of the following for a single serving:

If you don’t have heavy cream, you can substitute 1/2 cup half and half, and reduce the milk to 1/2 cup.

I have a Nutribullet blender so I don’t have pre-crush my ice cubes. And I don’t use hot chocolate mix, so I make the version with pure cocoa powder plus powdered sugar. WOW. The pure cocoa flavor makes this feel like a special occasion for sure. And this actually came together faster than an ice cream milkshake. I see more of these in my future. 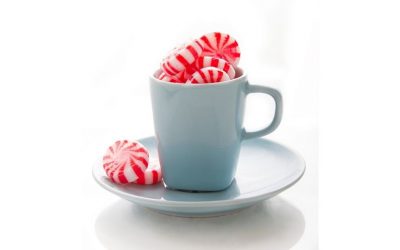 Add peppermint candy to your coffee

Drop a starlight peppermint into the bottom of your coffee cup before you add the coffee. The hot coffee melts the candy and adds instant peppermint flavor to your morning brew! (Image credit: mypstudio) You might also like these posts... 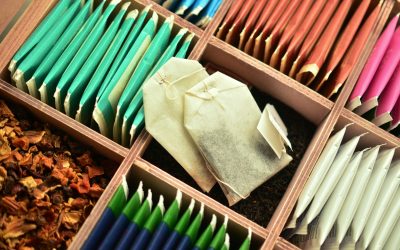 Go tea shopping, either at a specialty store or just browsing the tea aisle at the supermarket. There are so many varieties now, you could be experimenting for days. But for now, just choose a new one that seems to call out to you.  I like the Red Velvet Cake flavor... 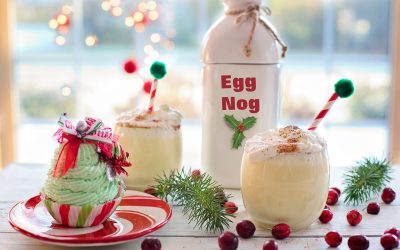 (Image credit: Jill Wellington) Eggnog is probably now available in your grocery store. I like to buy a quart of 3 or 4 different brands and then have a taste test to see what I like best this year. This year (2020) my favorite is by Organic Valley.  Once you’ve found...