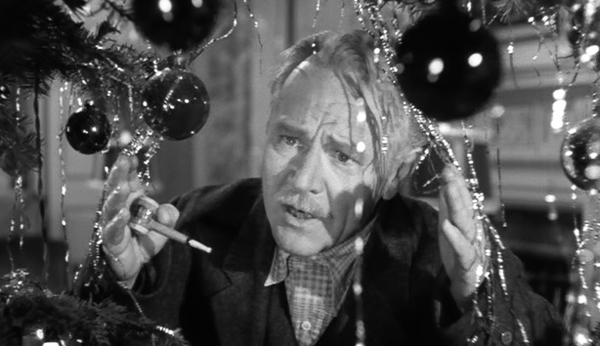 Today’s Christmas movie is It Happened on Fifth Avenue. It came out in 1947 and takes place in the present day (meaning, also 1947). I wasn’t familiar with this movie and at first I thought I’d made a mistake and that it was not a Christmas movie. The film is 2 hours long and they don’t even mention Christmas until you’re into it by an hour and fifteen minutes. After that there are lots of Christmas references.

A homeless man has figured out that one of the richest men in New York City leaves his home vacant for 4 months in the winter while he winters in a warmer climate. And so the homeless man learns to make himself at home in this mansion, year after year, winter after winter, without being caught. But in this particular winter he meets another homeless man, and feeling sorry for him, invites him to stay in the mansion as well. Gradually, more and more homeless families are invited in. Some of these are homeless WWII veterans and their families, including children. I thought that was interesting. Eventually something like a dozen people are living in the house, including the rich man who owns the house, and his family. The rich man and his family are all pretending to be homeless and also pretending to not know each other. I’m thinking the rich man and his family must have not had one single family photo or portrait in the house anywhere, in order for this to be remotely believable.

I recognized the rich man as the grandfather from The Parent Trap. This was funny because It Happened on Fifth Avenue contains a Parent-Trap-like subplot, which made me think the actor probably felt a kind of deja vu when he later filmed The Parent Trap.

I liked the cinematography around the 1:15 mark, where several characters are filmed having a conversation through Christmas tree branches. The plot has the usual and predictable Santa Claus-type moments and is a nice feel good movie.

The movie is in black and white, although you might see some poster art that is in color. There is a free version available on Amazon Prime video but it is of terrible quality, very blurry. This makes me think that the movie is yet another one of those that is public domain because someone forgot to renew the copyright. At any rate, I chose the rental version on Amazon Prime video that is $2.99 (affiliate link). It was great quality. 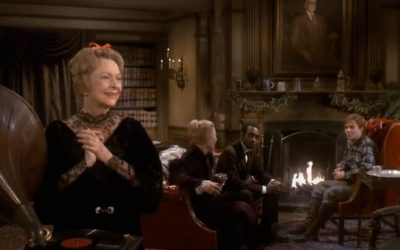 The Waltons was a TV show that aired in the 1970s but was set in the 1930s and 40s. It was about a large family that lived in the Blue Ridge Mountains of Virginia, and did the best they could to survive. Kind of like Little House on the Prairie, but 40 years later and... 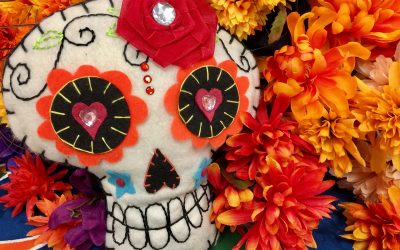